The Association International Weavingcenter Sjuhärad is based at Rydals old spinning mill where part of the mill is a museum today. Below you can read more about the Place and what is happening there today.

Rydal is situated on the banks of the river Viskan, North of the town called Kinna. Due to the well preserved buildings of an industrial charachter Rydal is of national interest. The factory, along with several buildnings, has been declared historical monuments. The Community has an aktiv village team that organises activities and does guided tours of the milieu. There is a short movie where you can learn more about what happens in the old mill. MOVIE

Museum in the old spinning mill

The buildning houses today Rydals museum and a conference center. Akleja; the handicraft boutique can be found on the bottom floor.
The museum focuses on the history of the local textile industry and does even have temporary exhibitons showing art, design and textile. In the main production hall the museum shows how novelty yarn was produced and that became the main product in the 1920s.The yarn was used to weave carpets, furniture fabric and as knitting yarn. The spinning mill carried on producing novelty yarn until 2004. Today the museum has a line of machines working that enables a small cotton yarn production and guided tours for visitors.

The Association International Weaving center have today on the second floor in the old Spinning mill the disposal of some premises where the Association arranges workshops and weaving café.

The story of how one and the same family with a unique and clear business concept managed to build an empire of companies that with the help of home workers in charge of most of the Swedish textile production and trade during the 1700s and 1800s, that subsequently built a network of textile industries here in the borough of Mark.
If you want to learn some more download the PDF. 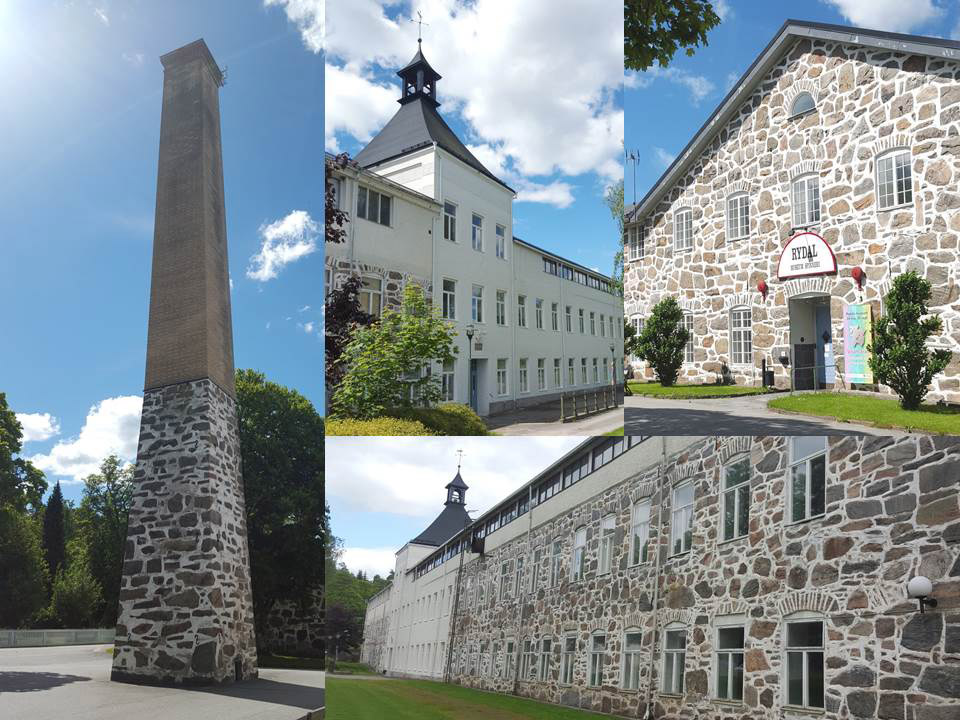